It is little known that Tyrol has a long history as a film location.

It was around 1900, shortly after the time oft the invention oft the "running pictures“, we can find the first documentary movies. Several films were made by an englisman. It was Frank Ormiston Smith, who made short touristic movies, showing the beauty oft the land.

In 1929, 120 years after a historic battle against Napoleon at the Innsbruck mountain "Isel", the first silent motion picture was produced. The tiltle was "Andreas Hofer", the story of the popular tyrolean hero.

In 1925 Alfred Hitchcock found the perfect location for realising his film "The Mountain Eagle“ at Obergurgl, by the way his second movie.

During the decades a lot of famous film technicians followed.

All of them admired the scenery and possibilities they found in Tyrol. No wonder that the Tyrolean film history is rich of examples of the work of international production companies up to nowadays Bollywood and James Bond films. 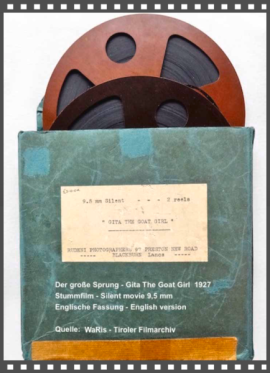 This silent movie was realized by the famous mountain filmer Dr. Arnold Fanck. Alongside to Luis Trenker Miss Leni Riefenstahl has had her first role in this movie. Filmed on locations in the Arlberg region and the Dolomites this movie is still a very funny and humorous slapstick comedy until today.

We´re really happy that we received a rare 9.5 mm copy (English version!) of "Gita - The Goat Girl" aka "The Big Leap" from an English collector this year. 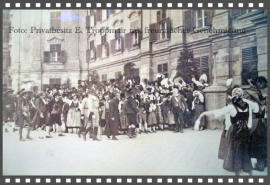 The extras in front of the "Hofburg" in Innsbruck

This silent movie was realised on locations in Innsbruck and the mountain "Isel". A lot of Tyrolians had worked as extras with historical weapons and dressed in period costumes. 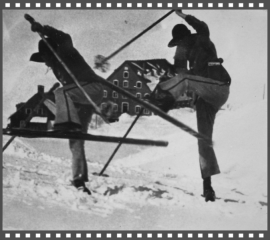 This German mountain film, written and directed by Dr. Arnold Fanck and starring the two skiing stars Hannes Schneider, Rudi Matt and the young Leni Riefenstahl, was filmed in St. Anton and the Arlberg area. Two other Tyrolean skiing stars, Walter Riml and Guzzi Lantschner, played Hamburger carpenters in their traditional outfits who came to the Arlberg and tried to learn skiing by different books. Their acrobatic ski jumps and their slapstick enrich the movie. 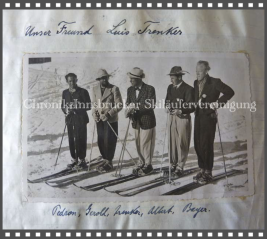 Luis Trenker and his friends of the Innsbrucker ski-club. This photo is part of the club chronicle.

This German historical drama was directed by Luis Trenker, Edwin H. Knopf and Curtis Bernhardt and starring Trenker, Luise Ullrich and Victor Varoni. "The Rebel" is also part of the mountain film genre and was realized at the Hafelekar peak/Innsbruck. A lot of Trenkers friends of the "Innsbrucker Skiläufervereinigung" (Innsbruck ski-club) became extras in the movie, but beforehand, they also built all the necessary fortifications in the mountains for the set. That was a hard and often dangerous work. 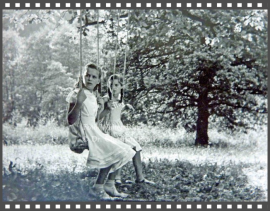 The famous roman of Erich Kaestner was realized around Matzen Castle, near Rattenberg and the lake of Thiersee. The twins, Jutta & Isa Guenther became very famous in Austria and Germany after the opening night and several more movie with these twins where realized in the following years. 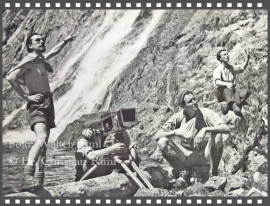 The English director Don Chaffey realized this movie on locations in Heiligenblut and around Lienz/East-Tyrol. Cameraman was Walter Riml. The film tells the story of some kids who help an Austrian forest ranger to stop a poacher. 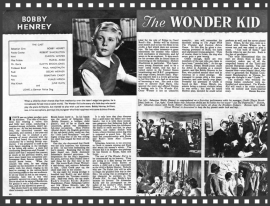 Article about the movie and the stars. Collection WaRis - Tiroler Filmarchiv

Read more in the article. 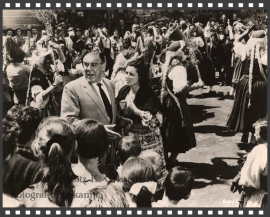 Private photo of the shooting in Imst.

One the first sci-fi movies was filmed on locations in Imst/Tyrol. Executiv producer was later on famous Albert R. Broccoli (James Bond!) and starring Eva Bartok and Paul Douglas. Director was John Gilling. Members of the carnival society Imst worked as extras with their costumes and masks. 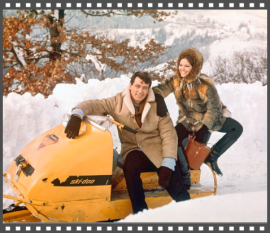 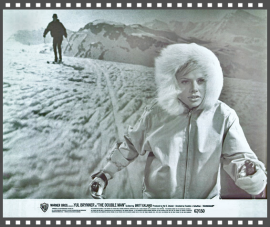 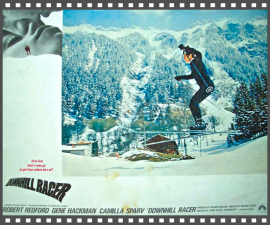 The "Downhill Racer" was filmed on locations around Kitzbuehel and also St. Anton. Director was Michael Ritchie and starring Robert Redford and Gene Hackman.

Last year, in 2014 an exhibition in the city museum of Kitzbuehel was dedicated to this movie. 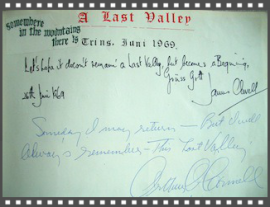 Entry of James Clavell in the guest book of the hotel "Trinser Hof". With thanks to the Covi family.

Director James Clavell searched the suitable location all over the world. At least he found it in Trins. Trins is a small village, situated 30 km from Innsbruck. For the scenery a whole middle age village was build. Stars have been Omar Sharif, Florinda Bolkan and Michael Caine. 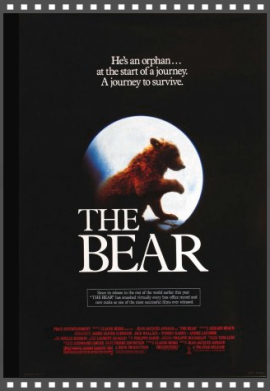 Director Jean-Jacques Annaud filmed on locations in Lienz/East-Tyrol. The story was adapted from the novel "The Grizzly King" written in 1916 by the American author Curwood. "Bart", the bear was a 9-foot tall Kodiak. 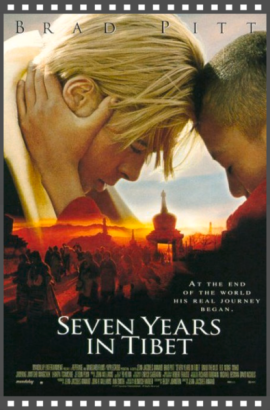 The base of this movie was the autobiographical travel book by Austrian mountaineer Heinrich Harrer.  Harrer tells his real experiences in Tibet between 1944 and 1951. Director Jean-Jacques Annaud filmed his story in Lienz/East-Tyrol and starring Brad Pitt as Heinrich Harrer. 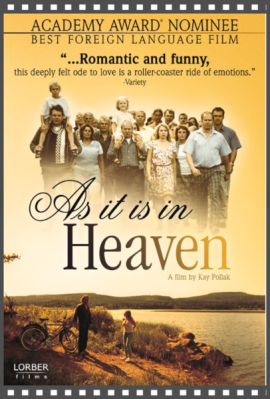 This Swedish film was directed by Kay Pollack and starring Michael Nyquist and Frida Hallgren on locations in the capital city of Tyrol, in Innsbruck.

The movie was nominated for the "Best Foreign Language Film" at the 77th Osacar Acadamy Awards.

"As It Is In Heaven" is a heartfelt tale of inspiration and discovery.